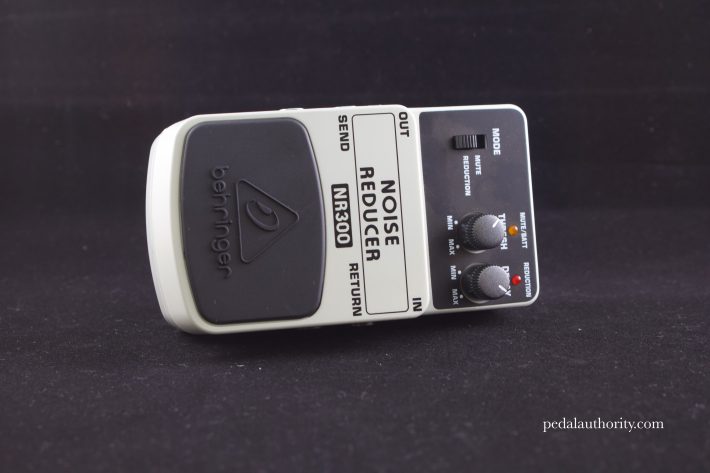 The NR300 from Behringer is a two-knob noise gate that bears a striking resemblance to the Boss NS-2. In fact, this offering from Behringer functions much like the Boss pedal, although it can be purchased for a significantly lower price. In general this tends to be the M.O. at Behringer; that is, it is common to find copies (often practically exact) of well known products at significantly lower prices. How does Uli Behringer (the company’s founder) achieve this? Well for one thing, his company is absolutely enormous. The primary manufacturing site occupies its own city in China! Josh from JHS pedals recently made a video in which he details some of the inner-workings of Behringer (embedded below). He does a great job explaining the whole thing, and is quite thorough in his discussion of the whole line of Behringer’s clone pedals.

The interface of the NR300 is almost identical to that of the NS-2, and features a THRESH (threshold) knob, and a DECAY knob, as well as a switch to toggle between the MUTE and REDUCTION modes. The THRESH knob controls the level at which the gate will kick in, and so the higher this knob is turned, the greater the incoming signal needs to be to keep the gate open. The decay knob controls the speed with which the gate swings shut. The higher the decay knob is set, the quicker the gate will close. Theoretically, setting the THRESH at minimum and the DECAY at maximum will give you the most natural sound, while the opposite will give you an aggressive, fully gated sound. 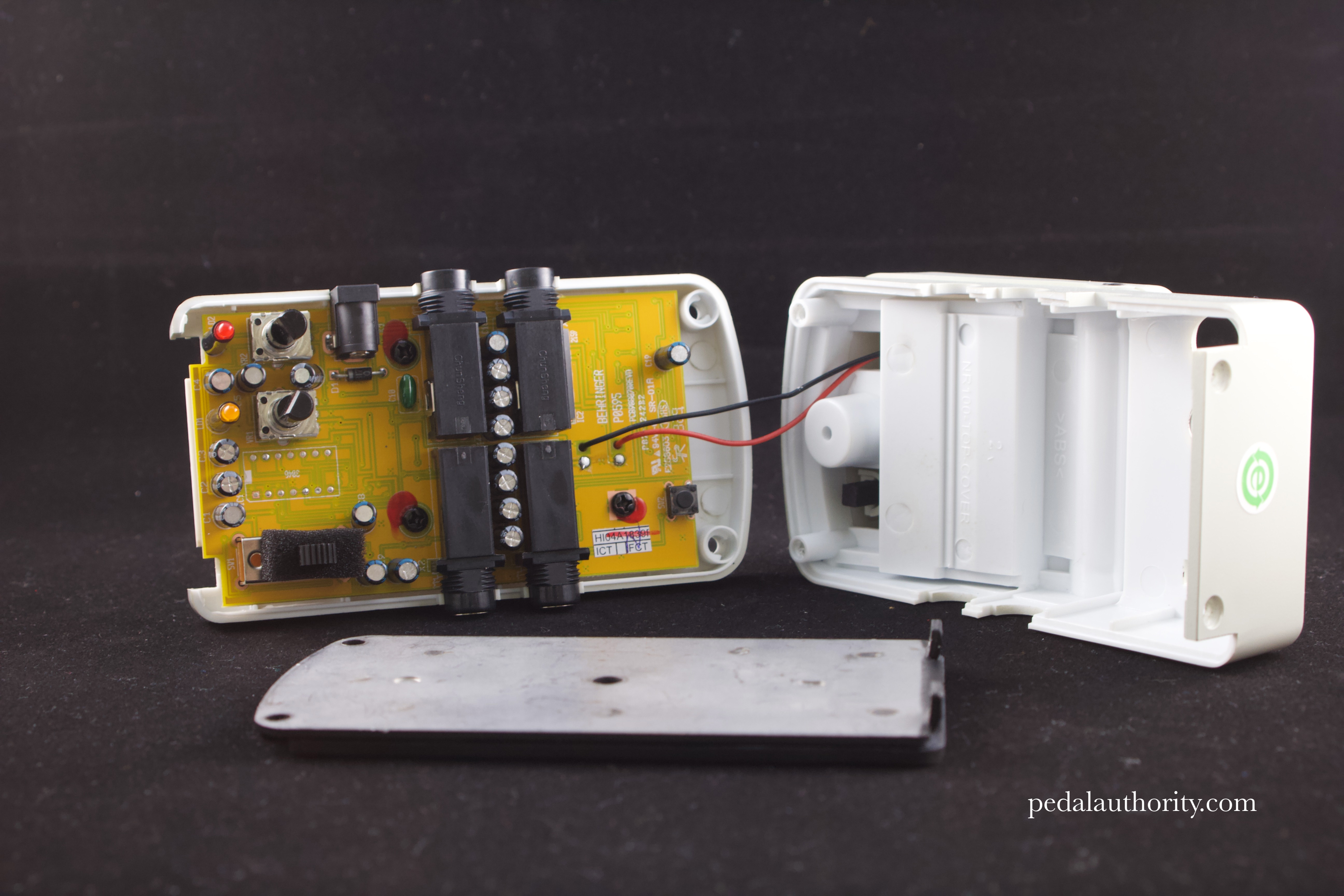 Just like the Boss NS-2, the Behringer NR300 has and input and output, as well as a send and return, meaning that this pedal essentially has its own loop, in which you can put all of the effects that you would like the gate to act on. The most classic scenario here would look something like Instrument–NR300 Input–[anything that boosts the gain that goes to the front of the amp, i.e. Compressor, Distortion, Overdrive]–NR300 Return. Then place anything that you do not want to be gated after the NR300 Output (such as modulation effects). This system allows for a welcome degree of flexibility, particularly when using an amp that does not have an effects loop of its own. 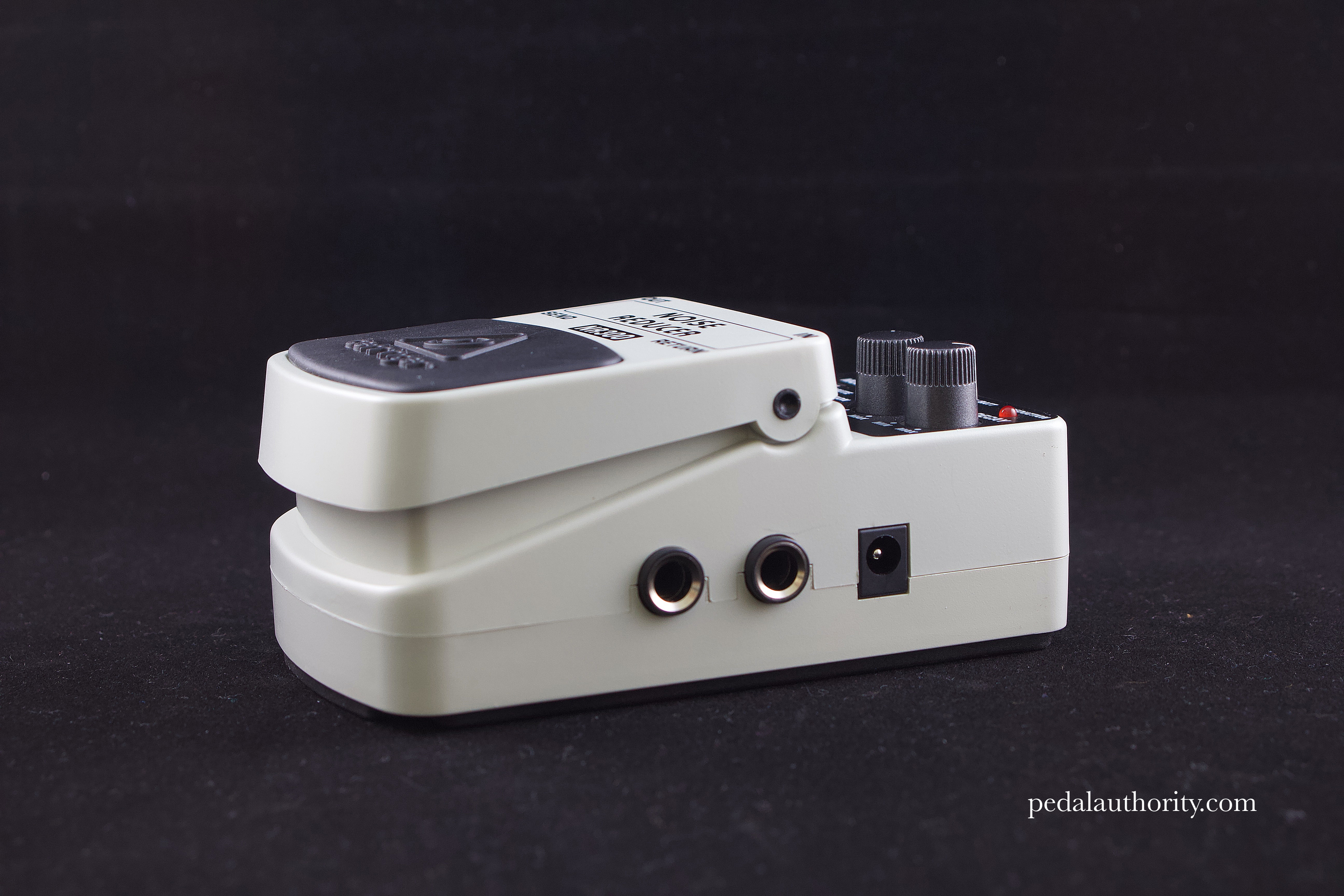 But how does the NR300 compare to the Boss NS-2? Is it a direct copy, and if so, is there any point in spending the extra money on the Boss? In terms of materials, the Boss does seem to be more durable, as it is made primarily of hard metal, while the Behringer is made of plastic. Now, modern plastic is of course much different than earlier incarnations of the material, and the Behringer will no doubt hold its own against use and abuse, but it seems unlikely that the plastic will be quite as resilient as metal. As a result of the metal casing, the Boss is also quite heavier than the Behringer, meaning that if you do opt for the Behringer, you will likely want to take a moment to secure it to your board so that it does not get kicked too far away from you. Depending on the rig, this might not be an issue at all. If you keep your pedals offstage and/or in a rack system, and use a remote switcher of some kind, then the case of plastic versus metal is irrelevant. 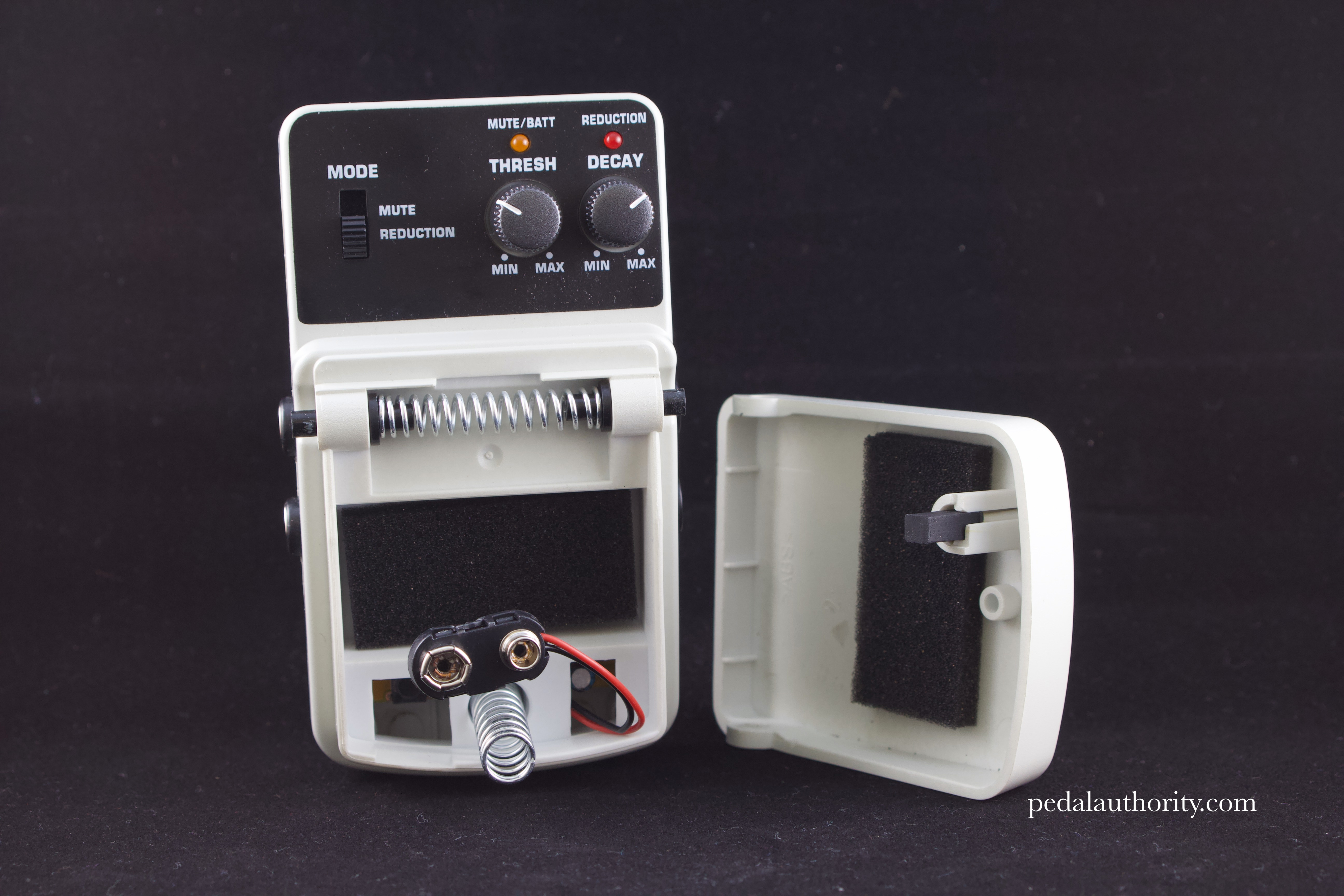 Battery access is also more difficult with the Behringer. While the battery compartment for the Boss can be accessed by removing the front screw by hand, the Behringer requires a bit of squeezing along with a pen or other similar object. This is perhaps not a huge issue, but definitely something to be aware of. 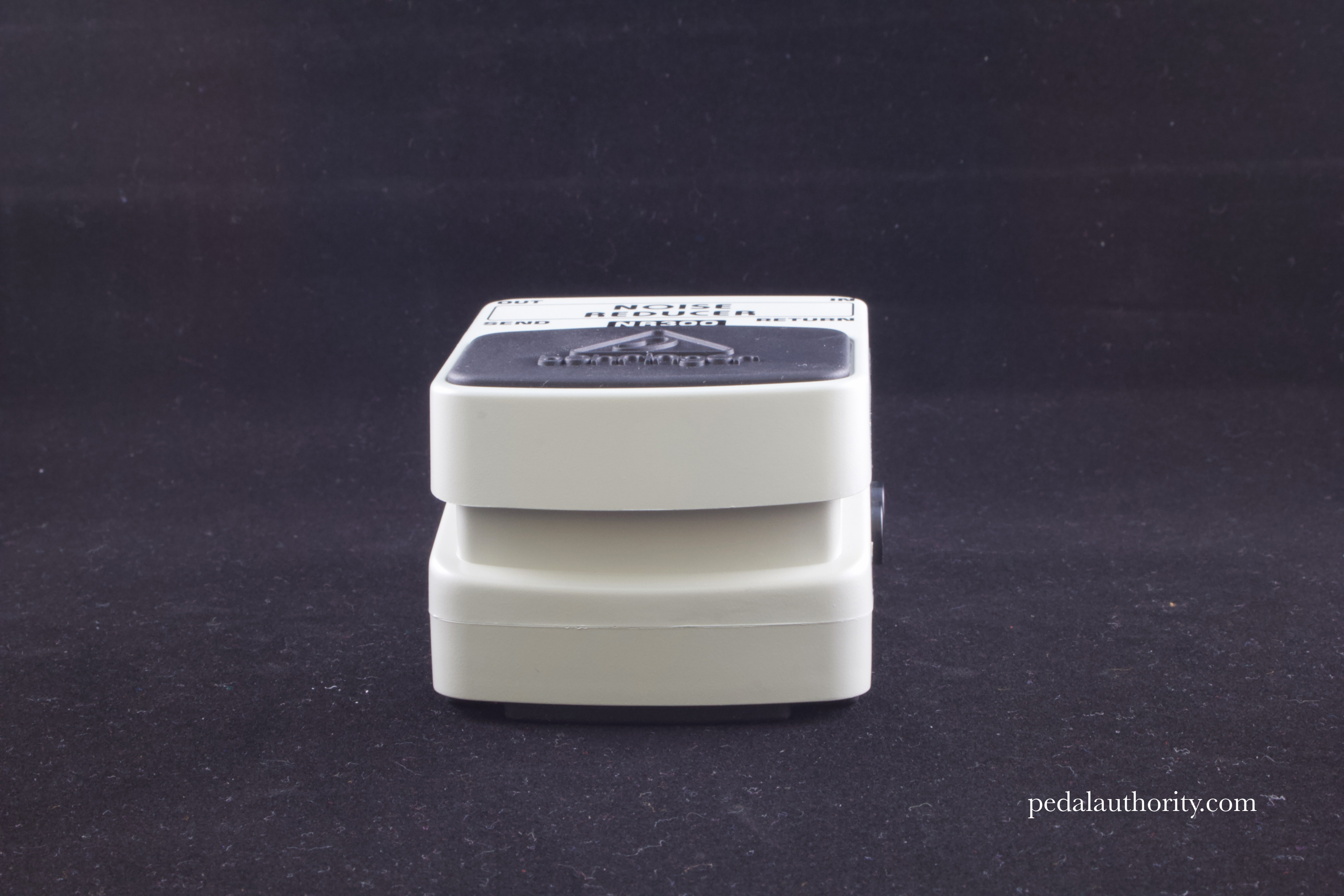 Finally, does the Behringer behave (i.e. sound) the same as the Boss? Despite the almost identical interface, we discovered the answer to be no! Overall, the user experience is similar between the two pedals, however in our tests the Behringer responded with less nuance than the Boss. At either end of the spectrum in terms of settings, the Behringer performs just as well as the Boss. However, we experienced difficulty achieving the same level of studio-quality gating with the Behringer, especially with very high-gain rigs. This is perhaps less an indictment of the Behringer, and more an appraisal of the Boss. Make no mistake, the Behringer has many usable settings, but if you are looking for the type of gating that cuts extraneous noise while still preserving dynamics and attack, you might have to spend a little extra time making that happen. Overall however, the Behringer NR300 is a very usable two-knob noise gate pedal that will not set you back any more than the cost of a couple tickets to the movies. 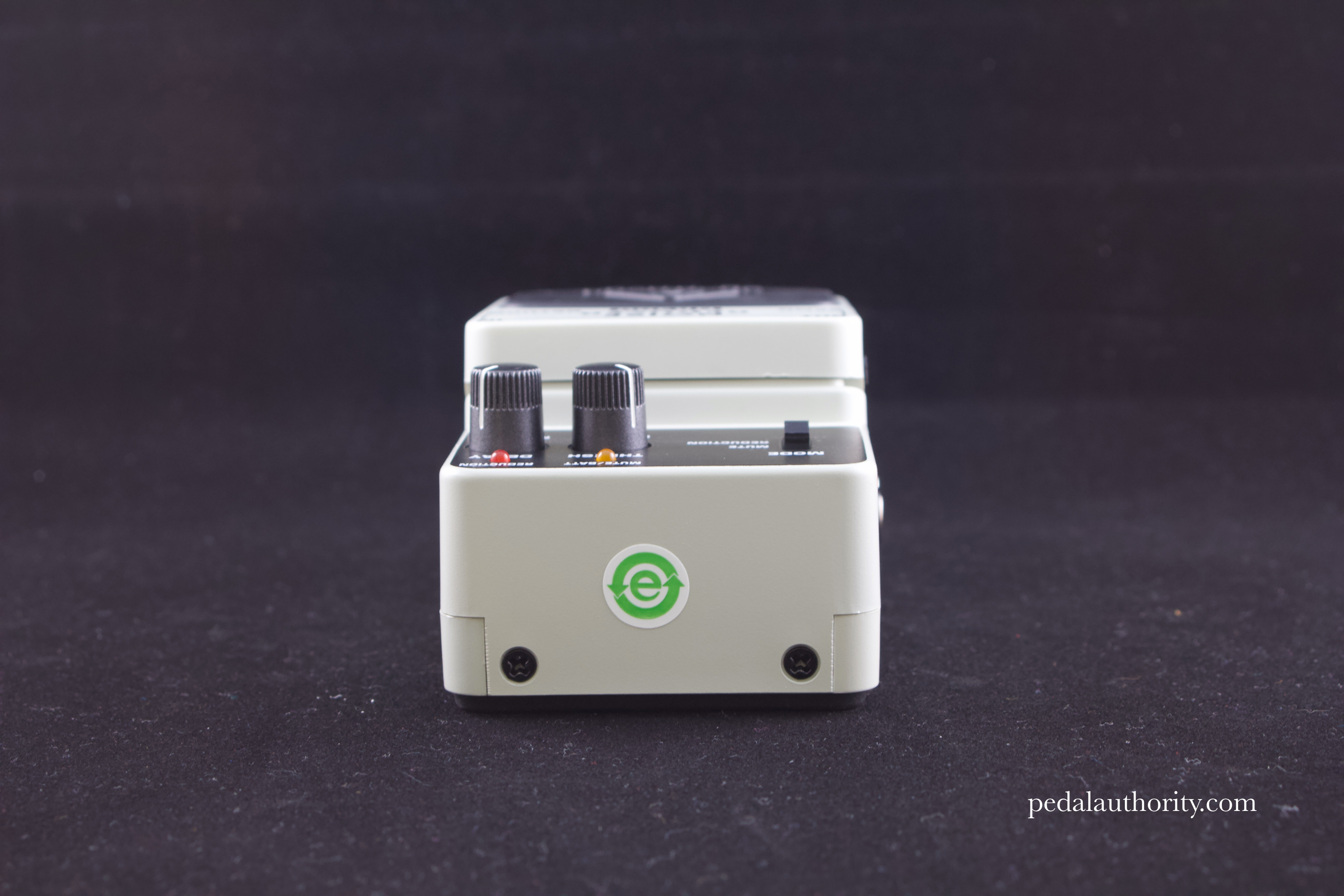 Like the Boss NS-2 there is a little bit of frequency gouging here, from ~6kHz, up. Not too bad and what you can expect from a pedal without true bypass. Some signal added across the spectrum at attack points. Nothing too major, but remember that noise gates tend to be heavy handed in general.

For ages, the Boss NS-2 was the only viable game in town when it came to two-knob noise gates. The Behringer NR300 not only adds variety to the market, but provides the opportunity to try out the two-knob system for an extremely low price. In fact, you have probably paid more for cables, so if you are looking for an inexpensive way to give the two-knob, four-cable method a shot, the Behringer NR300 is a fine place to start.