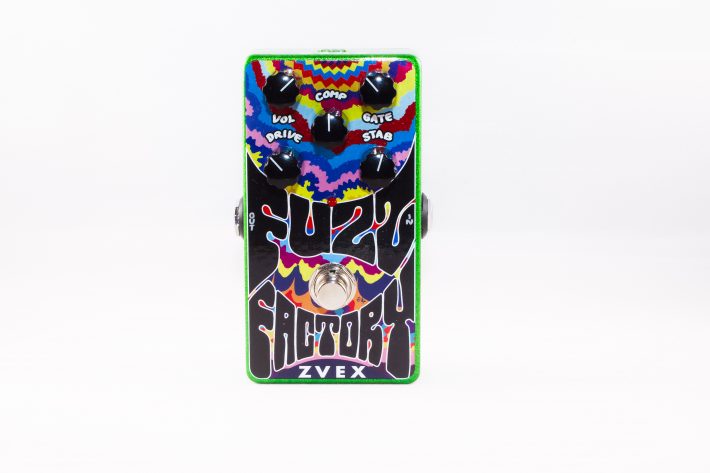 View Price on Amazon View Price on Ebay
The Zvex Fuzz Factory has become something of a modern classic, known for its thick fuzz and glitchy, stuttery, feedback-y goodness. Used by countless players including Matt Bellamy from Muse, John Frusciante, and Trent Reznor, this pedal is as versatile as it is popular. Due to its unique set of controls, the Zvex Fuzz Factory can cover a range of fuzz tones, from classically smooth and warm tones to full-on synth-y and experimental, with extreme ease. This pedal invites experimentation and innovation, and is not only a great piece of gear, but an inspiring compositional tool as well. 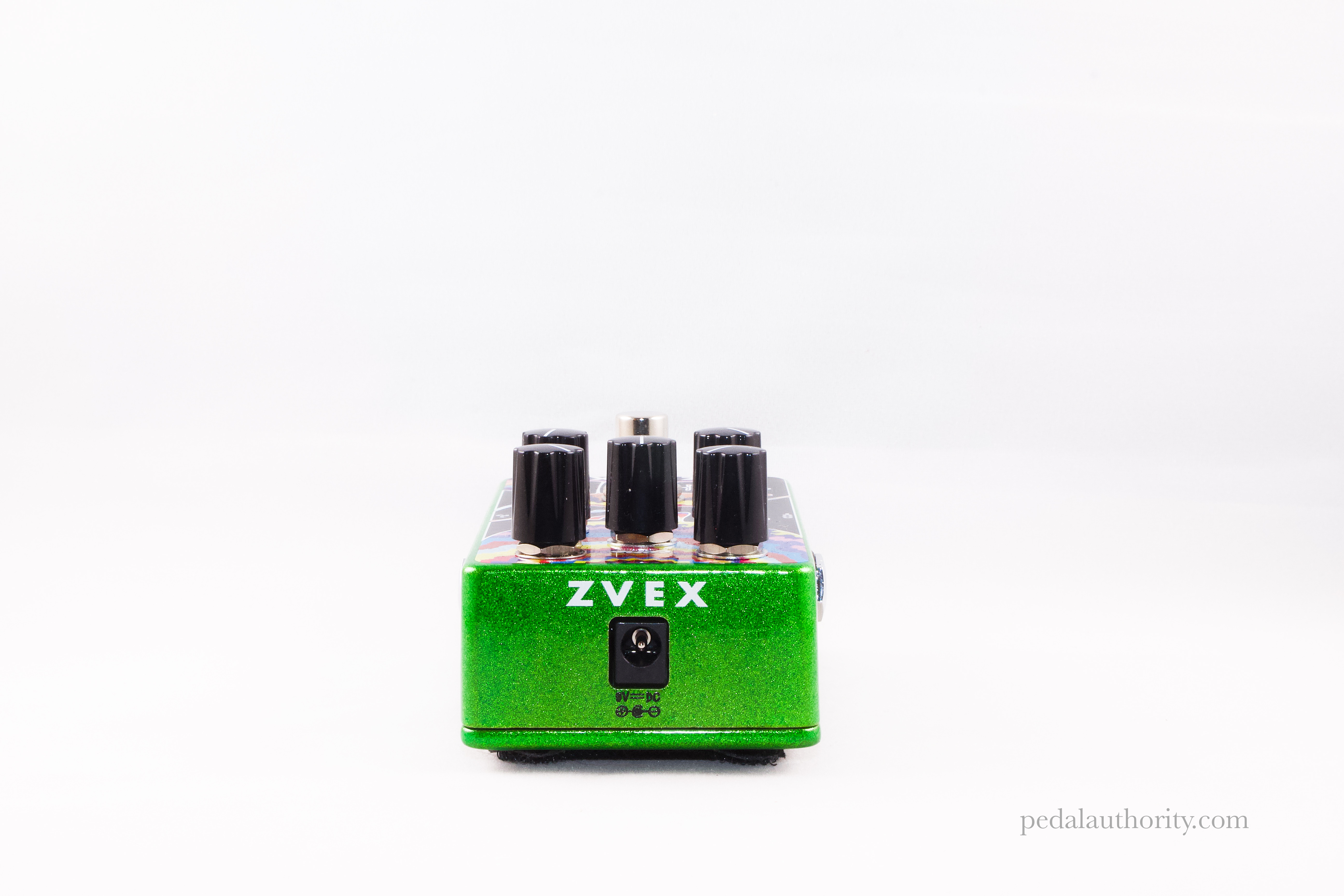 The Fuzz Factory Vertical is a more pedalboard friendly version of the company’s flagship pedal. All of the controls are the same, as are the internal components. All that is functionally different is the vertical, as opposed to horizontal, layout. As such, this review will serve to address both of these versions. 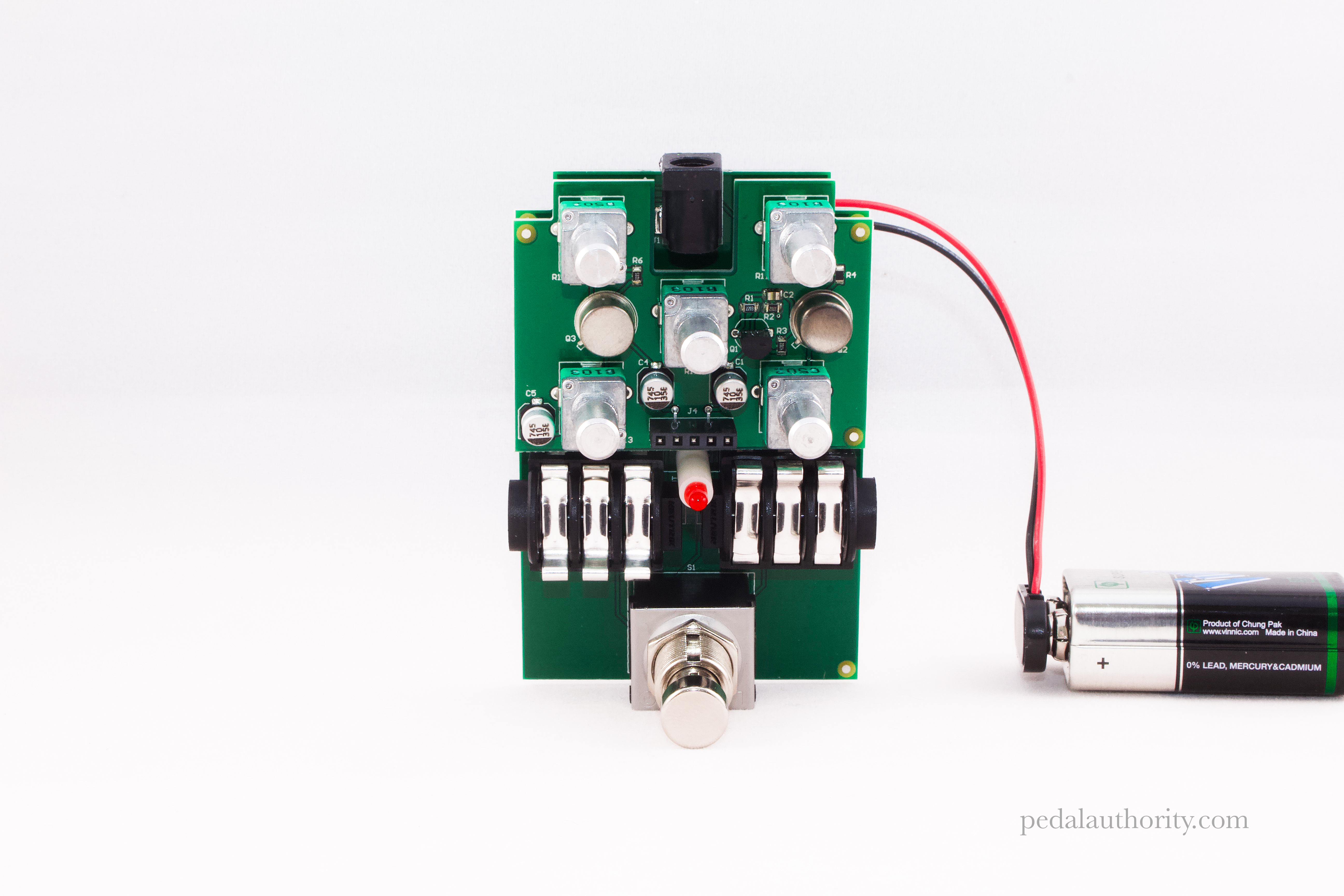 The Zvex Fuzz Factory is a germanium fuzz pedal, featuring two new old stock germanium transistors from the 1960s. Instead of trying to control and homogenize the behavior of the transistors like his predecessors, Zachary Vex has decided to lean in to germanium’s strange temper by providing the user with a great deal of control over how the circuitry behaves. 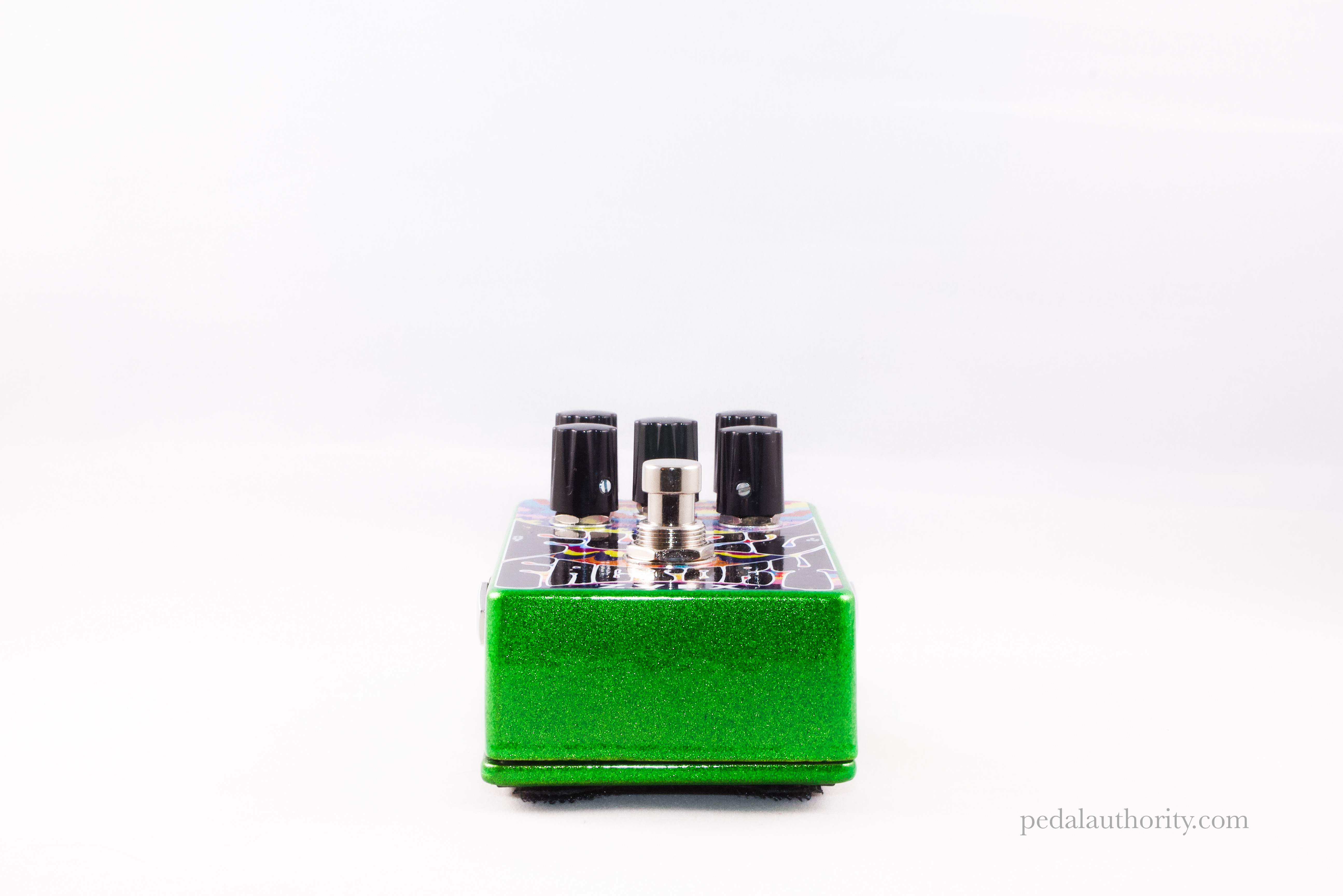 The Zvex Fuzz Factory has five knobs, labeled based on “the parameters over which they seem to have the most control…They are controls for various operating levels and biases, and basically shape you a personalized fuzz.” Here is a breakdown:

VOL: controls the pedal’s output level. Turn it to the right for more, to the left for less. Beware: there is LOTS of gain on tap with this pedal, which is good, but consider yourself warned.

GATE: kind of acts like a noise gate. This pedal can be noisy, and if that is not your thing, just turn the gate knob to the right until the noise is eliminated. You can also use it to “tune” the pitch of your feedback.

COMP: behaves similarly to how a compressor control would. Turn the knob to the left to increase attack, and to the right to decrease and eventually kind of squeeze the signal. If you are using the pedal to generate feedback, this knob can help you fuzz up your feedback sound.

DRIVE: typically works like a traditional drive control: turn it to the left for less drive, and to the right for more. This is another knob that can be used to adjust the pitch of your feedback. Note that this knob will basically no longer function when the COMP knob is turned all the way to the right.

STAB: helps to control the stability of the signal. Turning this knob lower than the 2 o’clock point significantly softens the pedal’s fuzz. This knob can also help to control the pitch of your feedback.

Now for those of you who are more intimately familiar with circuits, here is a breakdown that shows you what each knob actually controls.

The extreme range of possibilities that the controls provide has inspired a host of user generated lists and spreadsheets that catalog various settings. In the same vein, this pedal come packaged with an instruction sheet that provides five example settings that demonstrate some of the different flavors that the pedal can provide. As such, we have included these settings, as well as our own, in our set of spectrographic analyses, to give you a good sense of the sonic breadth that this pedal is capable of.

Not much signal loss or frequency gouging. Basically what you would expect from a boutique pedal.

Despite all of the knobs being set to full, this is actually one of the pedal’s more conservative settings, due in part to the fact that this means that the compressor, gate, and stability are all at full. This results in an extremely gated sound, and fundamental frequencies do not sustain for very long at this setting, as you can see.

This is the most “open” setting that the Fuzz Factory has to offer. You can see that the frequency response here is somewhat standard for a fuzz pedal. Lots of gain and pretty even saturation.

The remaining spectrographic analyses are based on the example settings provided on the instruction sheet. Each of these settings provides fundamentally different fuzz sounds, and can be used as points of departure when it comes to finding your own unique sounds. The breadth of the Fuzz Factory’s sonic capabilities is really on full display here!

The Zvex Fuzz Factory Vertical may not be for the faint of heart, but it is extremely versatile and well worth the price. The Vexter versions are made overseas, and are therefore less expensive than the USA made versions, so that is an option for the budget-conscious. Rest assured however that both the USA versions and the Vexter versions contain identical circuitry, so there is no need to worry about that. And since some versions of the Fuzz Factory have been around for a while now, there is a robust used market as well. Either way, if you like fuzz, and you like being able to fine tune your sound, then the Fuzz Factory (vertical or otherwise) is worth your time.