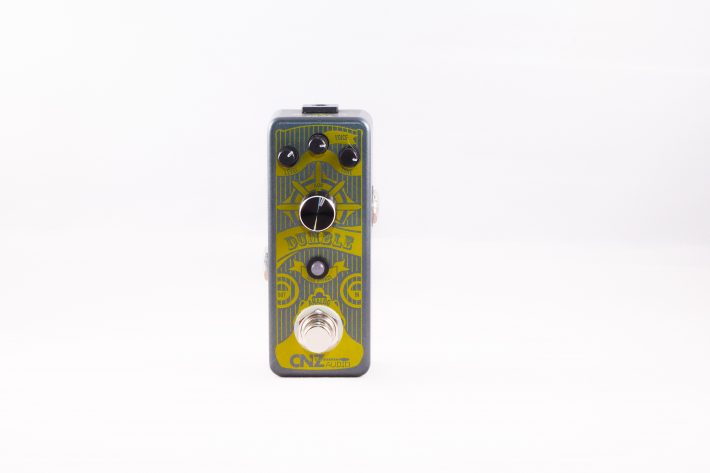 The Dumble from CNZ Audio is a budget-friendly addition to the pantheon of Dumble-style pedals. While an amp from Alexander Dumble himself can set you back the price of a luxury car, CNZ’s offering can be had for much less. If you have read our review of CNZ’s Noise Gate, you already know a bit about the company’s structure. If not, here is a quick briefing. Although their pedals are made in China, CNZ Audio is a family-run business, based in Powell, Ohio. They prioritize customer engagement and social responsibility and have partnered with individuals who are involved with the construction of new schools in Uganda. The implication is that if you buy from CNZ Audio, you are providing support for that effort. 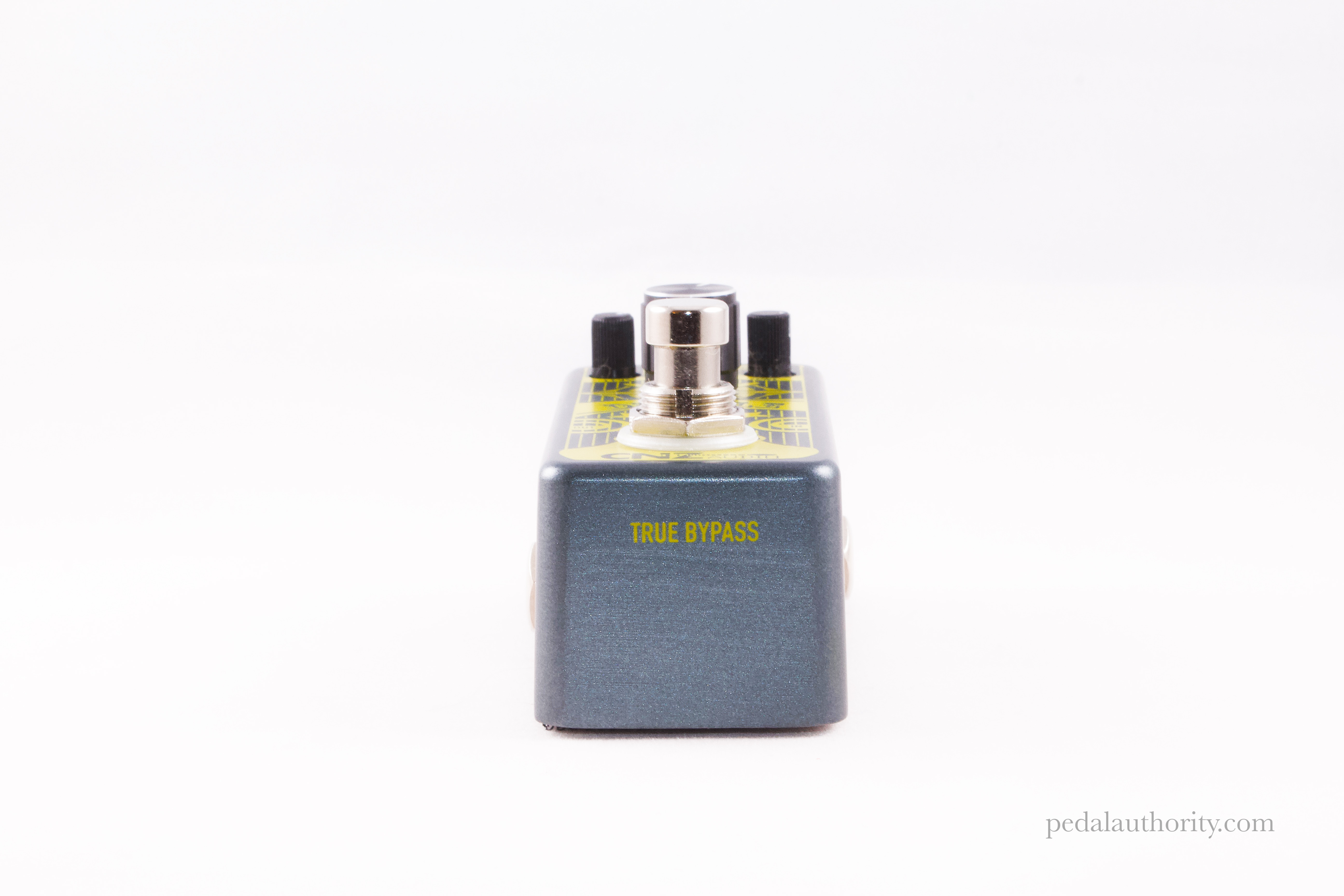 Now, there are tons of Dumble pedals on the market currently, and many of them do a fine job of replicating the thick, mids-forward sound that the Dumble SSS amps are known for, but most of these are priced for the boutique market. Given the recent influx of Chinese made pedals, and the budding mini pedal craze, we set out to discover if the Dumble sound could found in a pedal that was economical, both in terms of cash and space. CNZ’s Dumble pedal checks all of the boxes, and while it may not be the real thing, it definitely does as well at sounding like a Dumble as several of the boutique pedal offerings. 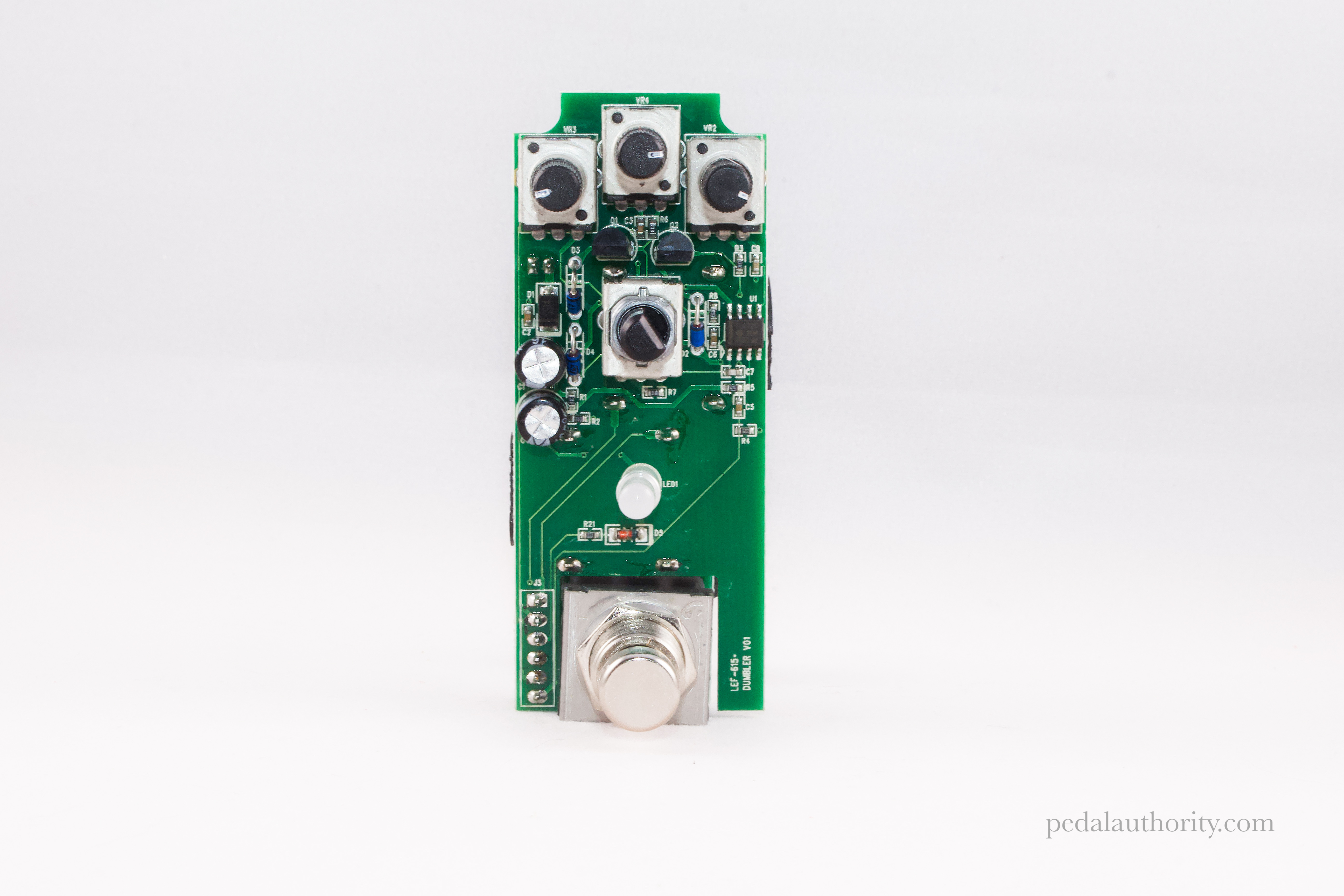 Level: controls the output level of the pedal’s signal. Like many new overdrive pedals, the Dumble has plenty of volume on tap, which is especially good if you decide to use the pedal as a preamp. This pedal is not a preamp pedal per se, nor is it marketed as one, but given that it is named for an amplifier, we decided to see how it fared as a preamp, and in some cases we were happily surprised by the results.

Tone: controls the amount of treble and high-mids. Turn this knob up for more treble frequencies, and down for less. This is basically the same as the tone control on TS-style pedals, and as such, is useful for shaping the overall eq shape of the pedal’s tone. This control also works well when used to tighten up your amp’s low-end and get rid of some boxiness.

Voice: is similar to the tone control, but specifically controls the character of the overdrive itself, meaning that you can use this knob to choose how gritty or smooth you would like your overdrive to sound. This is a feature that we quite like, as it significantly increases the versatility of the pedal. Inexpensive pedals can sometimes sound brittle or even digital, despite being totally analog, but in this case, rolling back the voice knob allows you to filter out those brittle frequency spikes and achieve a warm, tube-y overdrive. Though not a dedicated preamp/amp modeler, the Dumble pedal does at times behave more like an amp than a typical overdrive pedal, and the voice knob is largely to thank for that.

Gain: controls the amount of overdrive that is added to the signal. Given that this pedal is modeled on the sounds of Alexander Dumble’s famed boutique amps, you can expect a similar overdrive profile from CNZ’s Dumble pedal. At the lowest setting, this knob provides a spanky, just-before-the-edge-of-breakup sound, while at full-tilt there is enough gain for classic hard rock tones, and the most saturated of blues tones. In the middle of these two extremes, there are many flavors of those John Mayer, Stevie Ray Vaughan, Robben Ford, and Carlos Santana overdrive tones. But just as Dumble amps are not inherently blues-specific, neither is the CNZ Dumble pedal. The midrange hump and smooth overdrive make this pedal surprisingly useful for shaping the types of lead tones that are well suited to fusion and progressive metal. As part of a high-gain rig, this pedal makes it easy to concoct some of the midsy, throaty tones of artists like Pliny, Intervals, and Nick Johnston. 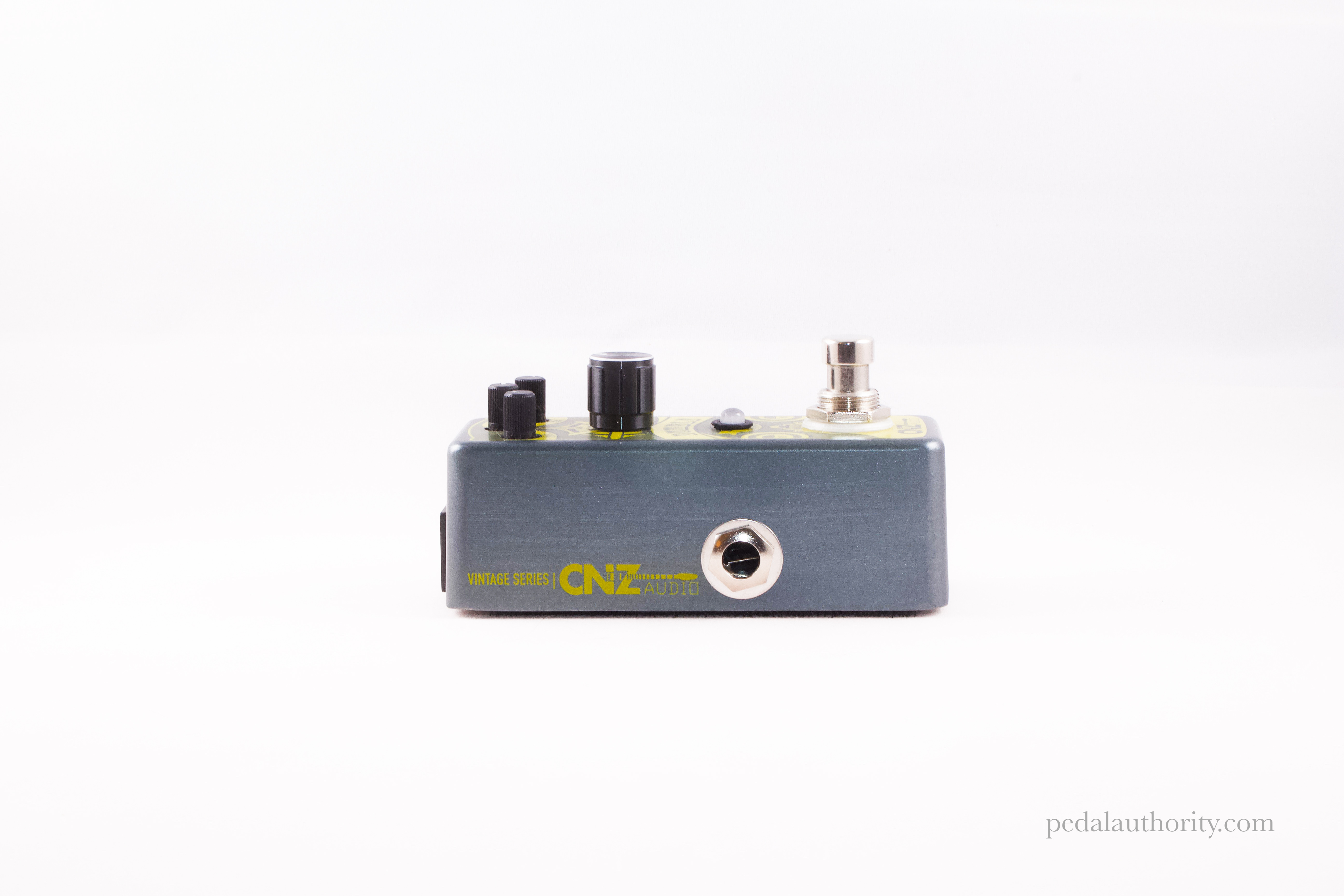 Not much signal loss or frequency gouging. Basically what you would expect from a true bypass pedal.

Here you can see how the signal is “sculpted” when all of the knobs are turned down.

__________ With everything at full tilt, it is clear not only that the pedal provides ample amounts of saturation, but that there is a significant emphasis placed on lows and mids. This is what we would expect from something that calls itself “Dumble.”

__________ Here we have a reduction in the high end and upper-mids with the Voice knob turned down.

Here the Tone knob is completely turned down, while the Voice knob is at full. This helps to illustrate the functional difference between the Tone and Voice knobs. While the Voice knob does not have as obvious an effect on the signal, you will notice that it plays a significant role in shaping the high-end of the overall signal. As previously mentioned, this is useful when fine-tuning the overall response and character of the overdrive.

If you have been hearing all the Dumble buzz, and want to know if that thick midrange tone is for you, or if you are already a bonafide fan of the Dumble tone, but are not quite ready to invest in a new amplifier, the CNZ Audio Dumble pedal is a safe and reliable bet. It just might lend your rig some of that coveted Dumble tone. But even if it doesn’t sound exactly to your ears like a $100k amp, it is still a very nice overdrive that would be a welcome addition to a variety of rigs.